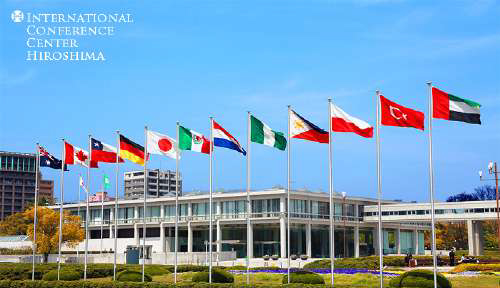 Being centrally located in Hiroshima City, the ICCH is easily accessible from any major location in the area. Local buses and streetcars are available from JR Hiroshima Station to ICCH. Limousine bus goes directly from the Hiroshima Airport to the city of Hiroshima, taking about 70 min. Hiroshima Airport is connected to Haneda and Narita Airports and Hiroshima JR train station is also connected to Kansai Airport. Those airports are the hub airports in Japan from all around the world.

Where is Hiroshima? (domestic transport) 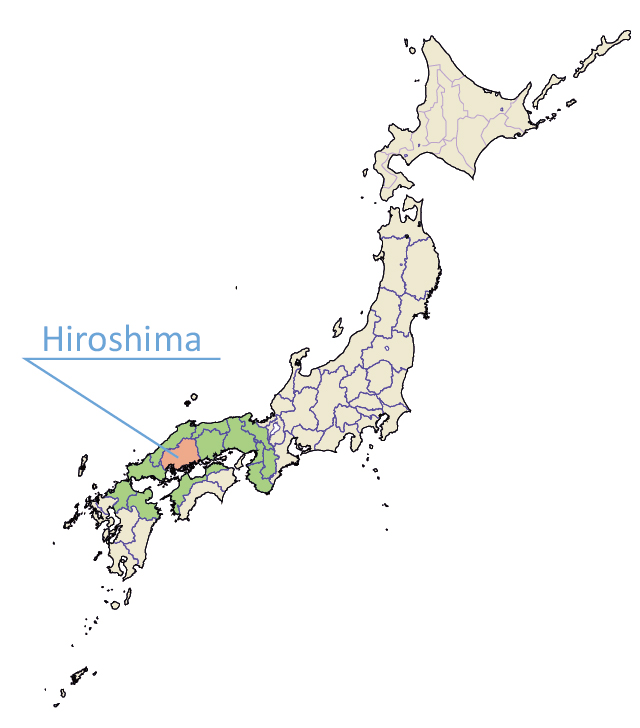 Hiroshima is the largest city in the Chugoku region located at the western part of the main land of Japan (highlighted in green on the map shown on the right). The city is the home of the Mazda Motor Corporation, a global automobile manufacturer that has been in the limelight recently for its prize-winning sports car, Mazda MX-5. While being a bustling commercial and industrial city, it has been flourishing with agriculture and fisheries industries because of its natural surroundings such as the Seto Inland Sea and the Chugoku mountains.

Hiroshima is also historic and cultural city with two UNESCO World Heritage sites: the Atomic Bomb Dome is just around the ICCH, and the Itsukushima Shrine is located on the Miyajima Island 1 hour away from ICCH by a ferry ride. The City of Hiroshima has been promoting an urban development with the image of an International City of Peace and Culture in order to create a community that is open to the world.

On 6 August 1945, 8:15 a.m., the first atomic bomb used in the history of mankind exploded approximately at a height of 600 meters, 160 meters southeast of the facility now named Atomic Bomb Dome. The force of this terrible blast was 35 tons per square meter with a blast speed of 440 meters per second. The atomic blast and heat wave washed over the Dome setting its roof ablaze and completely gutting the building. The blast wave that traveled in 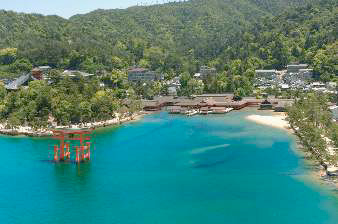 a nearly vertical direction killed all the people working in the building while the center of the main building was miraculously spared from destruction. The metal frame of the Dome, which was laid bare, formed the ruins that over time came to be called the "A-Bomb Dome" by the local residents.

Itsukushima Shrine was constructed a little more than 1,400 years ago using the Shinden style of architecture, symbolic of the type of construction used for the residences of the noble classes. It seems as if it is floating on the sea. Visitors get the sensation of being on a boat. The beauty of the Otorii Gate and Itsukushima Shrine are illuminated from dusk until 11pm.

More information in the official guide to Hiroshima, Dive! Hiroshima.